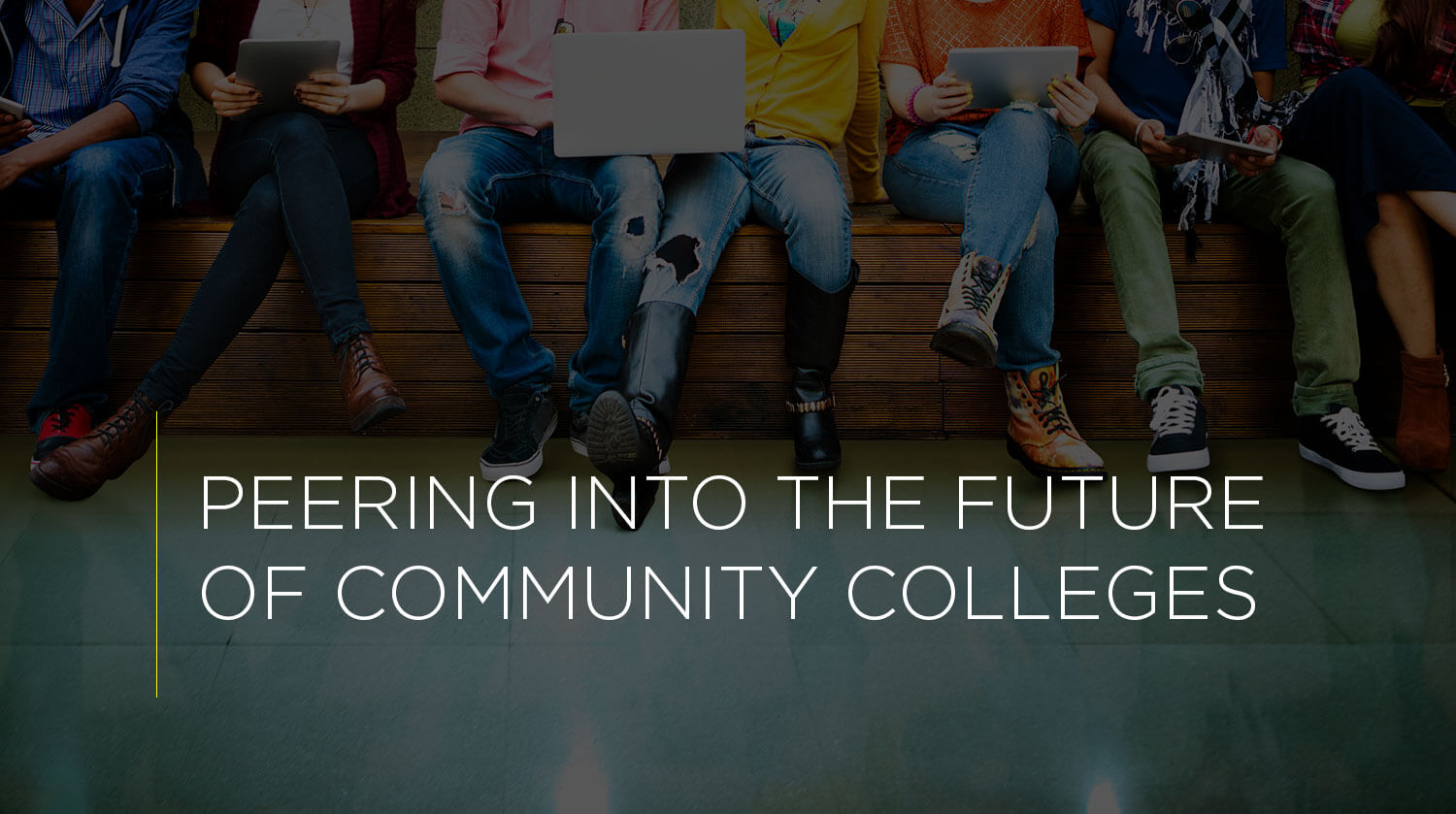 The Inside Higher Ed 2019 survey of community college presidents (1) has broad implications for students, enrollment management and policy-making.

Aperture Content Marketing’s quick summary looks at six of the key trends assessed in the report. The comprehensive survey provides an insight into the winds of change at community colleges and the prevailing attitudes of top-level college administration. A product of collaboration between Gallup and Inside Higher Ed, the survey garnered a 20% participation rate. Invitations were sent to 1,199 presidents of associate-degree granting institutions to solicit their opinions.

Three-quarters of participating college presidents support the idea of offering bachelor’s degrees, and 85% feel it would help close racial and ethnic gaps and broaden overall student access in degree attainment. While 25 states now authorize community colleges to offer bachelor’s degrees, only 10% of college presidents report they are doing so. Of these, the vast majority offer only a few. Only 1% say they offer a wide range of four-year programs. The main drawback, according to the presidents, is the failure of states to adequately fund such projects. There are strong worries (57%) that schools’ resources will be stretched and this could easily translate into fewer opportunities to deliver quality educations.

Unsurprisingly, the majority of presidents at four-year public institutions are opposed to community colleges broadening their offerings with baccalaureate degrees. 44% are worried over increased competition and 36% are concerned with credential inflation.

Most community colleges are experiencing their third or fourth year of enrollment declines.

The majority (75%) of community colleges are responding aggressively to add new programs in order to attract new students. They are also adding options to ease transfers (67%), and offering new online programs (66%). The majority (62%) are also increasing their marketing budget to publicize their growing offerings and capabilities. While making these innovations, many schools (41%) say they are either cutting or freezing tuition.

Within these statistics, it is notable that schools with declining enrollment are more likely to increase spending on marketing.

As of March 2019, 11 states — Oregon, Nevada, Arkansas, New Jersey, Maryland, Tennessee, New York, Rhode Island, Delaware, Kentucky, and Indiana — have free community college programs in place and nine more are working on legislation to do so. (2) Community college presidents overwhelmingly expect this trend to continue, and three-quarters believe this movement is having a positive impact on the perception of community colleges.

4. Barriers to the Bachelor’s

Community college presidents identify the key barriers to the student transfers as: lack of clear “pathways” that assure the portability of the full two years’ worth of credits, lack of academic advising to prepare for transfer, lack of interest/support by the four-year colleges, and a lack of appropriate programs at nearby four-year schools. Inside Higher Ed notes that their 2019 results indicate a growth of support by private four-year colleges to transfer students and more clear pathways by these institutions, as compared with prior years.

A whopping 92% of community college presidents say they’d do it all over again. The number of those anticipating retirement has dropped to 17%. However, 43% feel there are not clear paths to prepare potential candidates for the presidency, with most concerned that there are not enough minorities or female candidates.

The biggest challenge community college presidents face continues to be financial (73%). Enrollment management follows at 68%. Personnel management/staffing and politics/public policy are equally concerning, with 44% of presidents considering them a major challenge. Most feel that educational concerns are under control, with only 15 ranking such issues among their top worries.

The role of a community college president is to maintain a stable higher education institution that serves its community by helping students achieve the education and training they need to succeed in their careers. This is no easy task, especially when facing enrollment declines and budget cuts, and during times of social and economic instability.

However, if one thing is clear from this year’s survey, it is that community college presidents remain committed to leading their institutions toward policies and programs that advance student outcomes.

Want to see how Aperture Content Marketing can help your Community College?

Changing the Narrative: How Community Colleges Use Content Marketing to Transform Public Perception and Build Enrollment