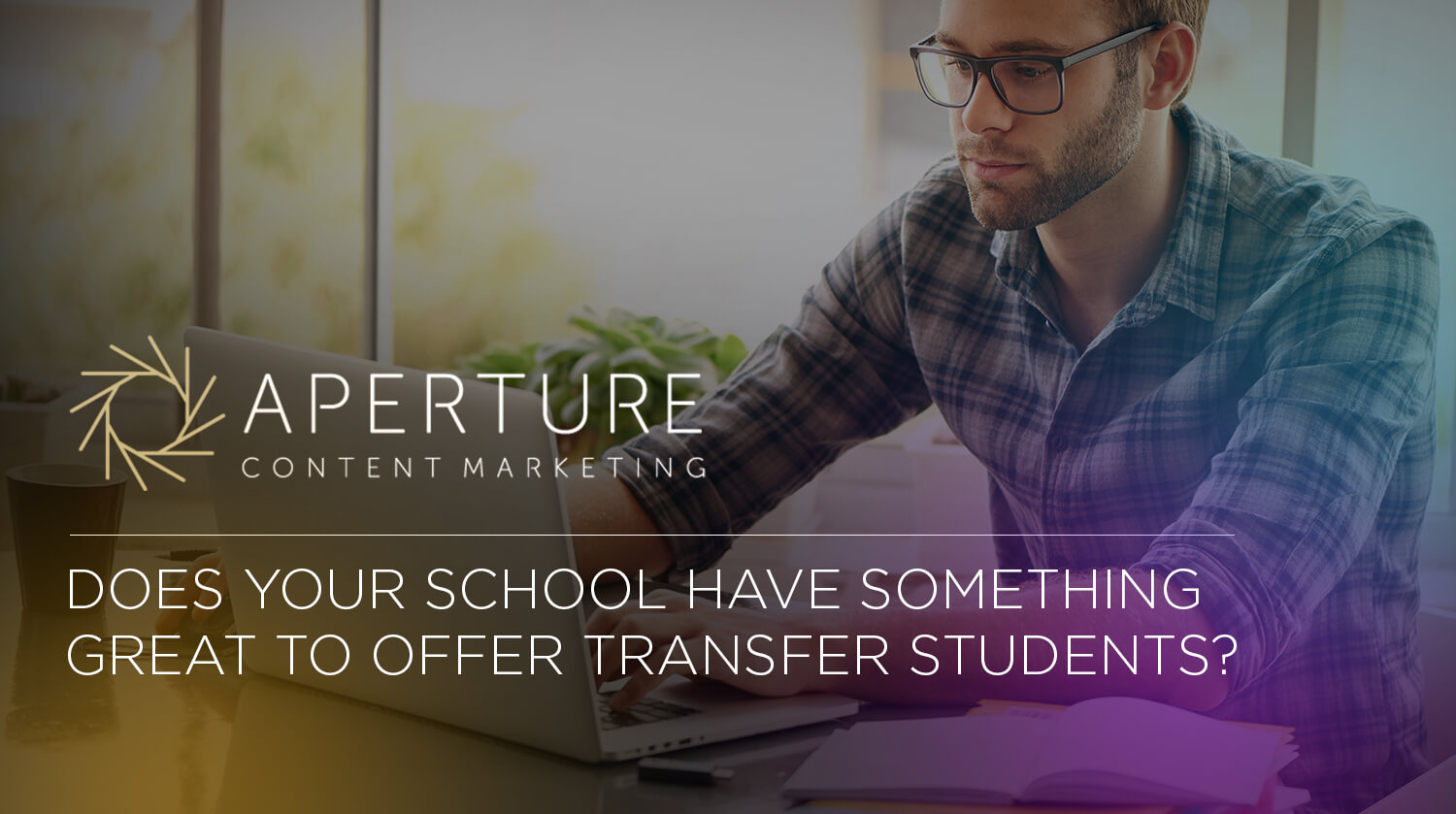 Last year the University of California signed a joint agreement with the California community college system. In a historic step, UC announced that they would initiate “an effort to guarantee admissions to all qualifying California Community College transfer students.”

Across the country other colleges and universities are making similar moves, including Princeton, which has finally lifted its long-standing ban on transfer students. Schools are increasingly recognizing that, now that thirty-four percent of all undergraduates are enrolled in community colleges, public two-year schools are the place to find a talented and diverse pool of potential students.

However, the research shows that successful transfer partnerships are still rare, and that transfer students struggle to succeed in four-year schools. That’s why we’re excited about a recent paper by John Fink and Davis Jenkins.

Fink and Jenkins, working with the Aspen Institute College Excellence Program, created a rigorous research methodology that allowed them to identify six community colleges which had established very successful transfer partnerships. They found that the schools shared similar basic approaches to transfer, which could be replicated at other schools.

In the paper Fink and Jenkins present three simple strategies for building effective and lasting transfer partnerships. By adopting these strategies they believe more community colleges can support students through the transfer process.

One: Make Transfer a Priority

Importantly, at these six schools, the leadership made transfer a priority from day one. That meant doing things like hiring faculty who are familiar with transfer culture (Holyoke Community College) and collecting better data on transfer rates (Colorado State University). Successful transfer partnerships were a goal, not an afterthought.

These schools invested resources into their transfer infrastructure as well. For instance, Fink and Davis found that at Everett Community College, the school had built a center where its four-year partners offered classes for their bachelor’s degree programs. Everett’s transfer initiative has been largely successful: the transfer rate increased 47% in five years alone.

The community colleges that were most successful in establishing transfer partnerships created clear programmatic pathways that students could understand. Fink and Jenkins identify key elements which include:

These efforts were bolstered by statewide attempts to broker transfer agreements between two and four-year institutions, like Washington’s Direct Transfer Agreement. Some colleges, like Everett, have also created tailored agreements with major transfer destinations.

Schools with successful transfer partnerships made all this information easily available to students at the outset of their academic careers, so that they used their time and effort efficiently.

Fink and Jenkins also noted that community colleges with successful transfer partnerships supported students through the transfer process. A critical piece of this was hands-on advising from the moment a student enrolled.

This means either matching students immediately with advisors who understand the transfer and major process, or assigning them to advisors who specialize in advising students who remain undecided. This sort of support made students more likely to be transfer-ready after two years of classes.

At Louisiana State University at Eunice, Fink and Jenkins learned that students are encouraged to select a focus area by their second term. Students are matched with an advising group during orientation but are also encouraged to meet with advisors from different programs. That way they can explore multiple interests early on, before completing years of coursework.

Fink and Jenkins identified some other hallmarks of successful transfer programs as well. For instance, some community colleges helped transfer students with financial planning, so they could map their eligibility for financial aid through their proposed course of study. This is important, since transfer students sometimes take longer to complete a degree

They also found that presidents at these schools were deeply committed to the success of transfer initiatives, like Bruce Shepard, president of Western Washington University. Shepard had made transfer a focus of his administration about his efforts to create a transfer culture, even as he dealt with the other daily administrative challenges.

Shepard initiated meetings about transfer with other community college leaders in the region, and personally attended all of them, focusing on how WWU could improve its offerings for transfer students. Shepard said that these meetings demonstrated to his own faculty and other administrators that “in the crush of everything else going on, [transfer] is a priority.”

A 2016 report from the Community College Research Center found that only 14 percent of students who began their academic careers at community colleges successfully transferred to four-year schools and earned a bachelor’s degree within six years. Sadly, 80 percent of new community college students say that their goal is to earn a bachelor’s degree.

The successful partnerships that Fink and Jenkins identify show that two and four-year schools can dramatically change these dismal percentages. By working together to create curriculum, transfer credits, and improve financial aid options, these schools have created viable pathways for motivated students.

Forming strong institutional partnerships between two- and four-year schools can help more of our students reach their full potential. As community colleges continue to enroll a large portion of American undergraduates, conversations about transfer success will only become more important.