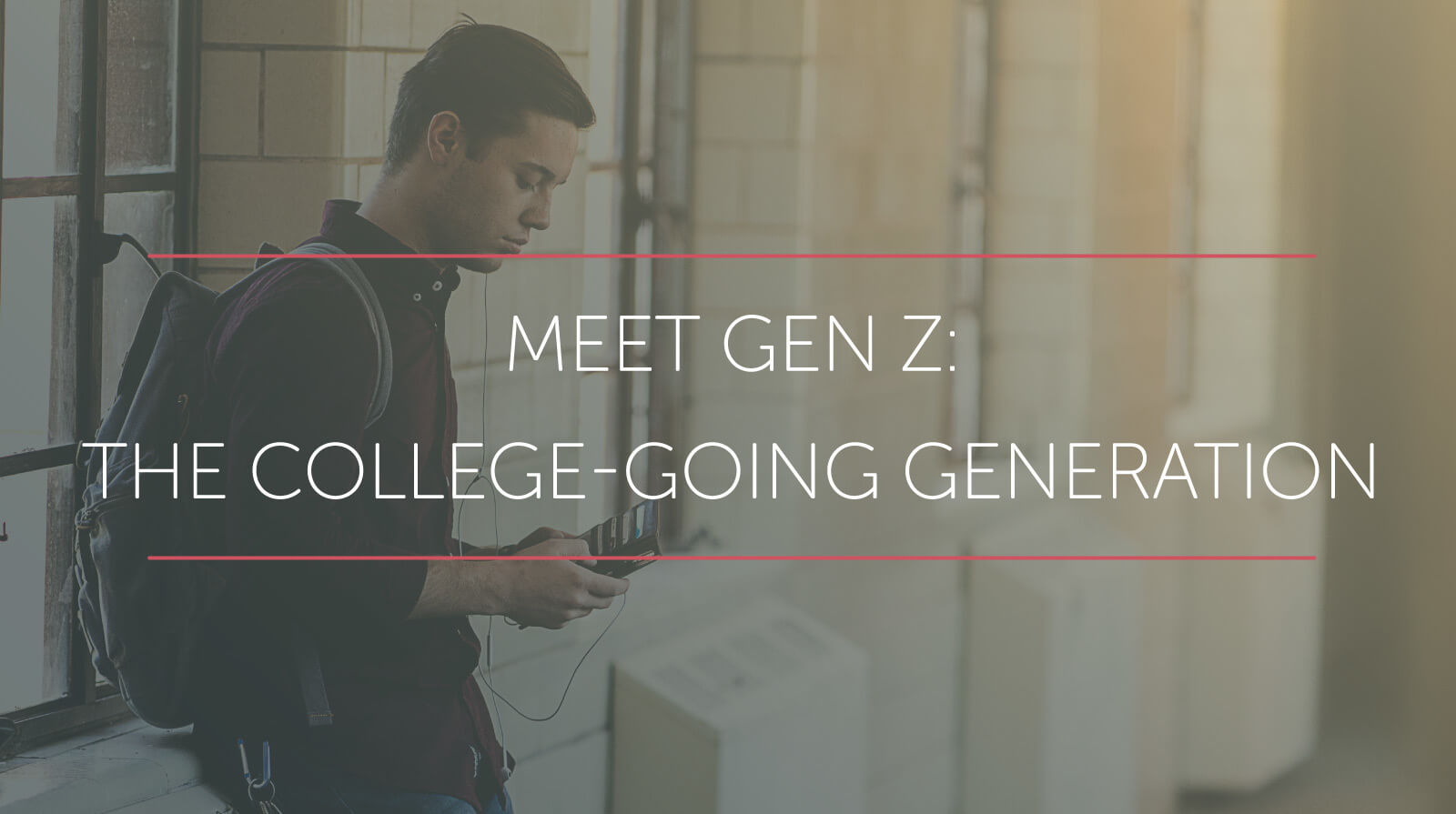 Does your community college understand Gen-Z?

Because of the mass hysteria over Millennials ruining everything, it’s easy to forget that Gen-Z has officially arrived. According to Millennial Marketing, they account for somewhere between $29 billion and $143 billion dollars of direct spending power and likely influence another $29 billion to $127.5 billion dollars of spending by family members.

By 2020 Gen-Z will represent 40 percent of all consumers, a larger percentage than any other generation. And, Gen-Z is ready to go to college. How can your admissions office reach students in the iGeneration?

It’s going to take more than setting up a Facebook page, but there are reasons to think that Gen Z will be very interested in community colleges. Here are three things that your admissions representatives should know about capturing their attention in a competitive market.

Gen Z worries about student debt (and so do their parents)

Unlike Millennials, who mostly had Baby Boomer parents, Gen Z’s parents are mainly from Gen X. Cynical, leery of empty promises, and still struggling with their own student loan debt, Gen X cautions their children about taking out student loans. Money savvy Gen Z is also focused college as a launching pad, calculating the investment they make now in terms of the career earnings they can expect from their credential.

Because of this, cost conscious Gen Z may be more receptive to the idea of beginning degrees at community college. The National Association for College Admissions counseling reports that more students seem to be going to community college, because they consciously consider the costs of higher education. In addition, many of them have already tried a community college class in high school, a trend that’s been driven by dual-enrollment initiatives in many states.

Gen Z grew up on digital and they engage with digital media almost constantly via their smartphones. The phone is their primary device, and they check it every three minutes on average. Twenty-five percent check it every two minutes or more. However, just because Gen Zers use digital technology as a natural extension of their life, it doesn’t mean that they have abandoned traditional consumption altogether.

A recent survey by UNiDAYS of almost twenty-five thousand college-age respondents from around the world shows that Gen Z cannily discriminates among digital messages. Over half never click on ads when browsing websites, although 84% do say they notice digital ads in traditional advertising placements, like malls, airports and taxis. Many have left Facebook and Twitter for newer forums like Snapchat and Instagram. What they really seem to respond to is content tailored to their interests that catches their eye on a platform they use regularly.

Gen Zers really want to make a personal connection with a school by building a relationship with a professor or admissions officer. They particularly value authenticity and a personal touch after being oversaturated with email and digital messaging. Two-year institutions don’t always promote visits with professors as part of the admissions process, but they should. The more meaningful connections a Gen Zer forms at an institution, the more likely she is to consider it a viable college choice.

Gen Z’s preference for being treated as individuals doesn’t end after they enroll. Seventy-two percent of Gen Z say they would like a more customized college experience that would allow students to design their own course of study or major. Community colleges are often far more flexible about coursework requirements than traditional four-year institutions, and presented well this could be a major selling point.

Community colleges should be excited about Gen Z

According the Barnes & Noble College Research project, Generation Z is projected to be the largest college going generation yet. Community colleges have every reason to be thrilled. This ambitious, practical, career-focused generation are ideal candidates for our classrooms. They care about creating diverse and inclusive learning spaces and are adept at independent learning and social-engagement. Whether they are just starting off at a community college, or plan to complete their education there, Gen Z will be an asset.

Even better, 39% of Gen Z high schoolers report that they are already considering attending a community college. That means that if community colleges deliver an authentic and personal message, and combine the right kind of digital marketing with some of the more effective traditional strategies, they can look forward to healthy enrollment numbers in upcoming years. Want some professional help reaching these students? Check out our SmartStart campaign and see what we can do for you.