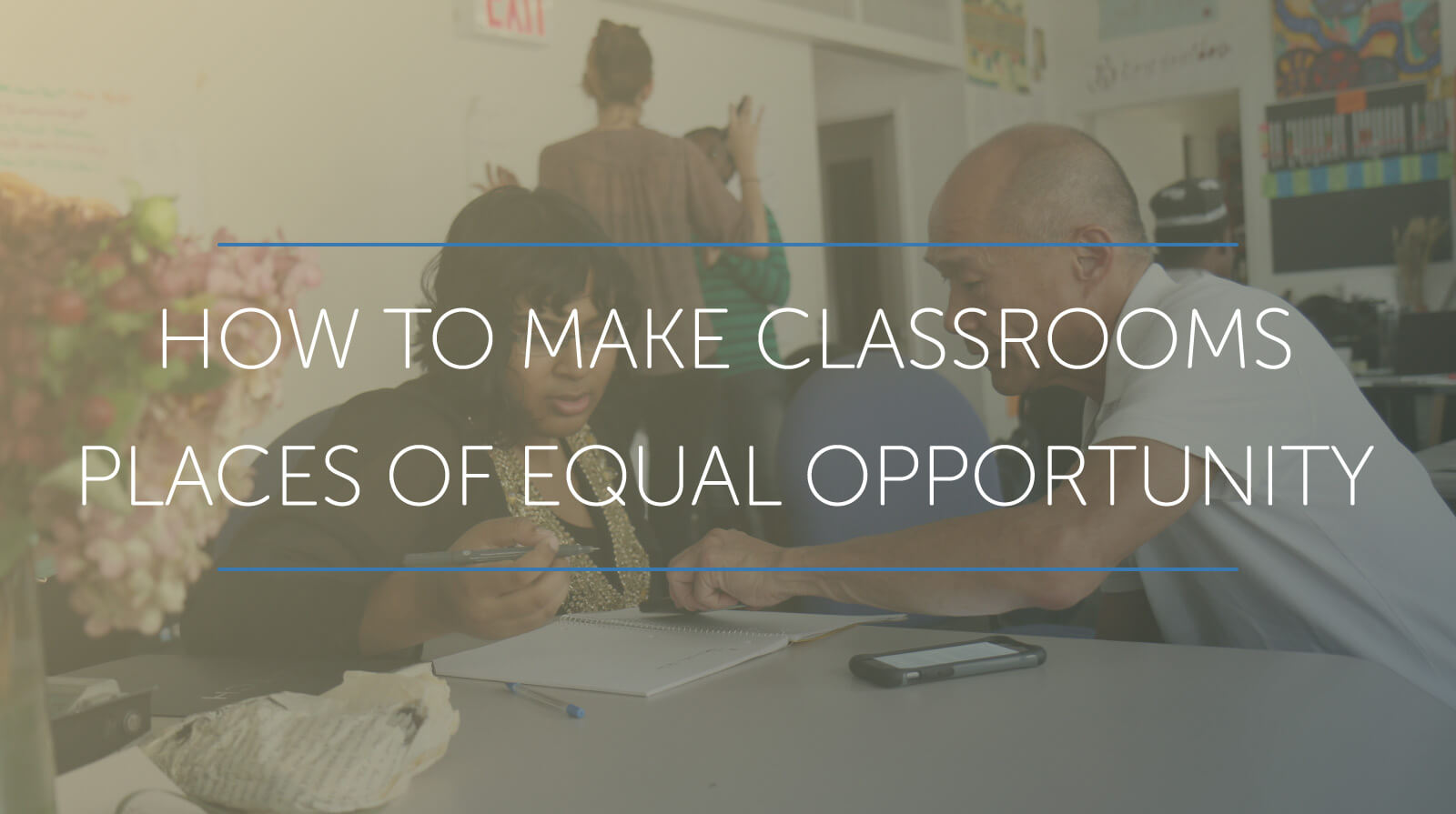 All of this is good news for women. Still, it takes more to create a gender inclusive classroom than just getting women into the room. We know that gender disparities in education begin long before college. David Sadker, Myra Sadker and Karen Zittleman spent several years studying public and private schools across the country and wrote a book, Still Failing at Fairness: How Gender Bias Cheats Girls and Boys in School and What We Can Do About It. They discovered that, beginning in grade school, teachers overlook and ask fewer questions of girls, while simultaneously giving boys more time and feedback.

By the time women and men reach their college classrooms these sorts of biases have had a profound impact on male and female expectations in academic settings. Even if they believe that men and women deserve equal opportunities, professors and students may be unconsciously influenced by gender bias. That’s why faculty must be incredibly proactive in creating a gender inclusive classroom.

Bringing Gender Parity to the Classroom

So, what are some strategies for making classrooms more equitable places? Sometimes just raising awareness about diversity issues will have a positive effect. In one study of engineering classrooms, a senior Caucasian male faculty member gave an oral presentation on egalitarian norms in selected classrooms the beginning of the semester. Later, male students in those classrooms were more positive about diversity and expressed stronger intentions to speak out against racism. (Bennett & Sekaquaptewa 2014)

There are also a variety of strategies professors can use to encourage and engage women in their courses (Savitz 1997). A few simple steps can be very effective:

Far from privileging women, many of these strategies are simply good ways to better include all students, including minorities, students with disabilities, or students who just feel insecure. When the teacher is proactively inclusive, everyone benefits.

There are many ways to support female students

The classroom is not a level playing field unless the someone levels it. The responsibility doesn’t fall solely on faculty, though, and administration has a big role to play in making institutions welcoming to women. For instance, community colleges serve many student mothers. When possible, they should have private places to feed or care for their children, access to affordable childcare, and other reasonable accommodations. Structural supports like these are a key part of women’s success.

Your marketing department can also celebrate the accomplishments of women at your institution, highlighting their successes and school’s commitment to gender equality. Maybe it’s a social media profile of a student mother earning her degree in Business Technology, or it’s a magazine feature on a faculty member’s research. Aperture Content Marketing understands that diverse communities make community colleges special, which is why we want to help you shine a spotlight on women.

When women succeed it can have cascading benefits, for the schools, for their families, and for our communities. Because of their inherent diversity and inclusiveness, community colleges can lead the way in creating equal opportunities for women. It’s time to embrace a more gender-equitable future.