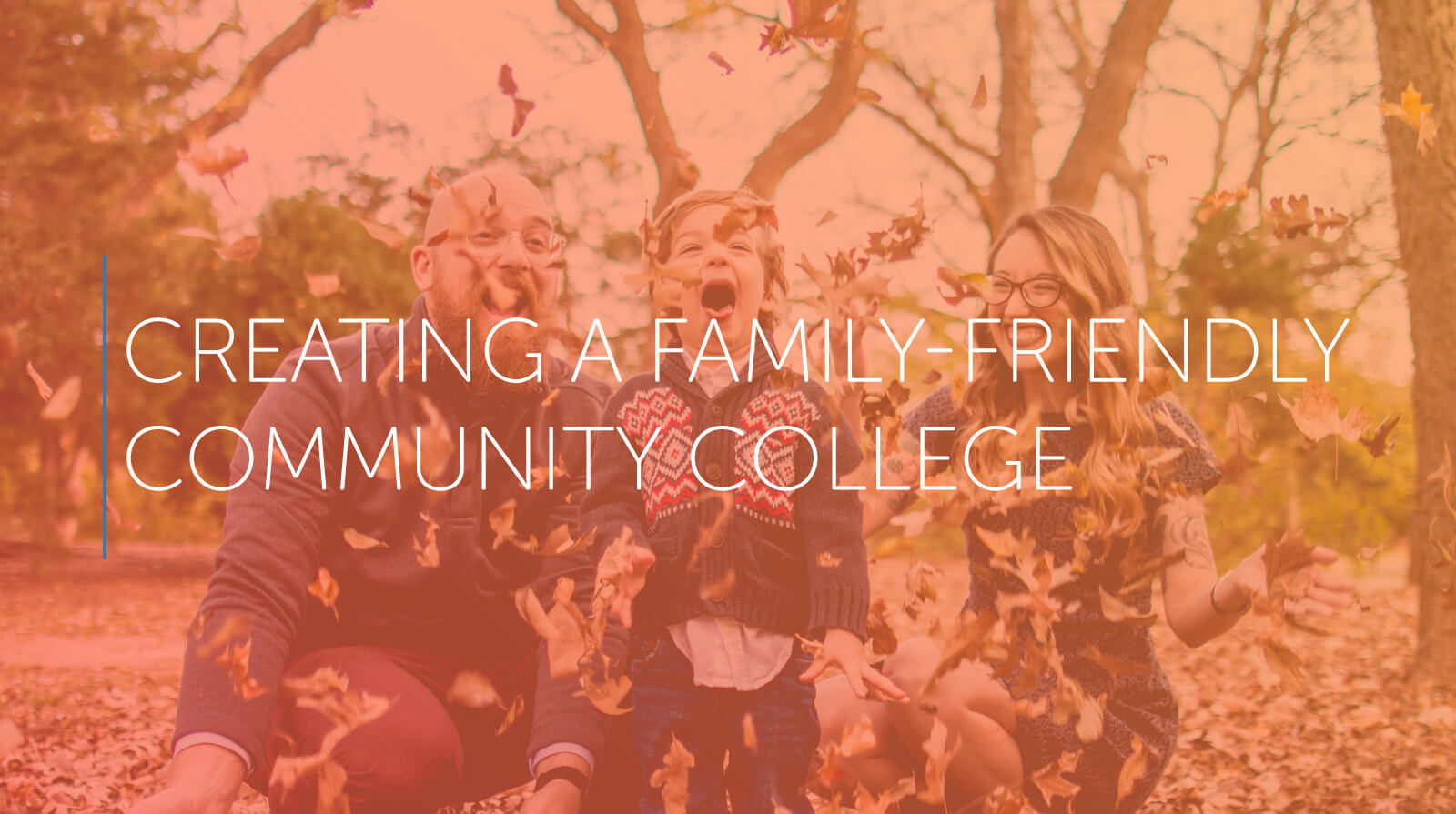 New data from the Institute for Women’s Policy Research shows that the majority of these student parents are women, who generally have incomes far below the poverty line. Despite this, these women are also more likely to be employed than their childless counterparts. Student mothers’ work obligations don’t end when they get home either, where they provide an average of 43 hours a week of childcare and housework. s, another 55% never earn a college credential, and 4 out of 10 enrolled student parents say they are likely to drop out because of child care obligations. As completion rates remain low at community colleges, a quick glance at these numbers suggests that one of the best things colleges could do to change those outcomes is support student parents.

A recent paper from the Urban Institute gives us some key insights into the lives of low-income, working student parents. The majority of these (71%) were women.

We can see that student parents often have very young children, meaning that they cannot not depend on receiving childcare through the public-school system. Complicating matters, student parents often try to combine full-time work and full-time school while managing childcare. This means that they need childcare during non-standard hours, like evenings or weekend, when daycare centers are closed. Only 9% of childcare centers are open outside of normal operating hours (Spaulding et. al. 13).

Even more difficult than finding available childcare is affording the overwhelming expense. The average cost of center-based care for an infant, which was about $10,400 in 2016, is roughly a third of single mother’s average income. If she has two or more children the cost can rise to more than 50% of her earnings. And, although on-campus childcare options are often more reasonably priced, only 44 percent of community colleges surveyed in 2015 had childcare centers.

The Urban Institute research also established that the students they surveyed are much more likely to be recipients of social service benefits, with nearly half participating in the Supplemental Nutrition Assistance Program (Spaulding et. al. 11). These numbers tally with the wider reports of food insecurity on campuses nationwide.

The new work requirement laws passing around the country may make the situation even worse. For instance, the bill passed by the Michigan Legislature that mandates Medicaid recipients work at least 80 hours a month gives exemptions only to full-time students. Student parents are much more likely to attend school just part time as they struggle to balance all of their competing commitments.

What community colleges can do to improve outcomes for student parents

One stellar example of the difference these intersectional efforts can make is LaGuardia Community College. The college offers childcare for children from ages 12 months to 12 years, and has hours on the weekend and in the evenings. The school also offers summer and holiday camps and food assistance to needy families. Students pay less than 15 dollars a day for childcare through the Early Childhood Learning Center, which receives a variety of local and federal funding.

However, since the majority of community colleges still don’t offer this kind of support, more must be done. Student parents, and especially student mothers, desperately need wrap-around services. Without them the number of student parents in college may rise, but their completion rates will remain as dismal as ever.