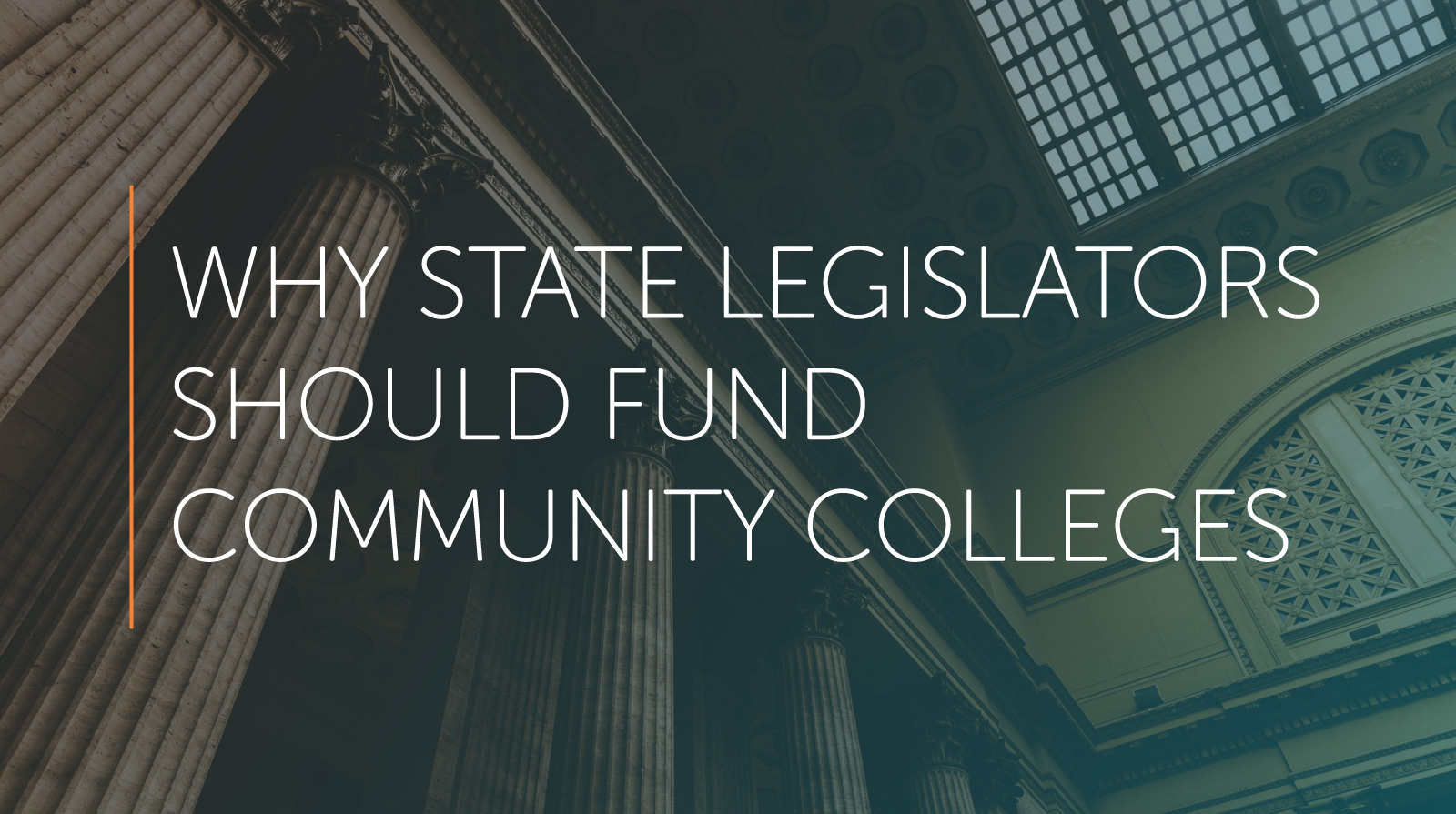 Anyone who works with community colleges is familiar with their strange boom and bust budget cycle. In general, enrollment rates are inversely proportionate to the strength of the economy. When the job market is good, students forego two-year degrees and professional certification to take a job. But, when the economy tanks, students go back to school for more training.

Obviously, these chronic funding struggles are bad news for community colleges—and their students. With fewer support resources available, students are more likely to leave their degrees unfinished, or take a longer time to complete them. And all too frequently, these low completion rates are used to justify further spending cuts.

However, by slashing community college funds, states are most likely undermining their own economic development. Here are five ways community colleges benefit the economy—and why they deserve more support from state governments.

The earning potential of adults without high school qualifications is significantly lower than for those who have graduated. Accordingly, many students who might have struggled with education during their teenage years return to school as young adults to earn their General Equivalency Diploma (GED). While it’s possible for students to study for the GED on their own, most rely on guidance and instruction from educators.

Community colleges are one of the main resources for students earning their GED. In many cases, this diploma is the first step toward earning further professional certification or a college degree. Without funding for these programs, students have only limited options for further career training. State support of GED programs in community colleges increases the economic strength of those who achieve certification.

Regions across the country are facing a critical shortage of skilled trade jobs, such as electricians and plumbers. While these professions typically have excellent salaries, many workers have sought jobs in manufacturing instead, which promise an immediate wage but lack long-term prospects. This is a particularly significant concern for our nation’s hospitals and senior care centers, which face a nurse shortage that grows more urgent with each passing year.

While there are many potential students who could fill these spots, a large number lack the up-front resources to afford the cost of training. Government support can help make training more attainable to students, which will then help them transition into these much-needed and higher-paying professions.

3. Community colleges improve the earning potential of their students.

When students achieve higher career prospects, it’s not just better for the students—it’s good for the whole economy. Higher incomes for students with associate’s degrees or professional certification leads to greater financial stability for them and their families.

While university graduates are highly mobile—often attending university in one state, then moving a way and taking their economic potential with them—community college students tend to stay closer to home. Their education benefits the local economy, which feeds tax dollars back into the state.

Many students also struggle to afford the cost of four-year education at a university. Rather than increase their student debt burden, they turn to their community colleges as a more cost-effective way to earn prerequisites and explore degree options.

When students take this option, they complete their college education with fewer financial burdens. Without the bulk of their resources consumed by student loan payments, graduates are able to make more stable investments in their community, such as buying homes or starting businesses.

Finally, many students turn to community colleges because they accommodate a wider range of life styles. Four-year universities expect students to be full-time, which can be prohibitively difficult for those with family obligations or who need to hold down jobs while also attending classes.

On the other hand, community colleges are designed to serve students with a broad range of educational needs. Whether a learner is switching careers, supporting a family, or attending night classes after a full-time job, the flexible course schedule provided by community colleges helps them achieve their educational goals.

We need to stop expecting community colleges to achieve more with less.

Considering the lack of funds, it’s no wonder schools have struggled to get by. Current spending on community college education is far lower than for universities even though community colleges overwhelmingly serve the underprivileged communities who would benefit most from education opportunities. Instead, the lack of funding means fewer resources available to help these students continue their education, which in turn results in lower completion rates, and ultimately a higher cost per certificate or diploma.

When policy makers view this trend as evidence that community colleges are failing their mission, it only exacerbates the problem. Funding should prioritize those institutions with the greatest need, and with the most promising prospects for advancing their communities. It is clear that, where post-secondary education is concerned, community colleges have the most potential to create a lasting, positive economic impact on their areas. It’s high time we gave them the resources to do so.