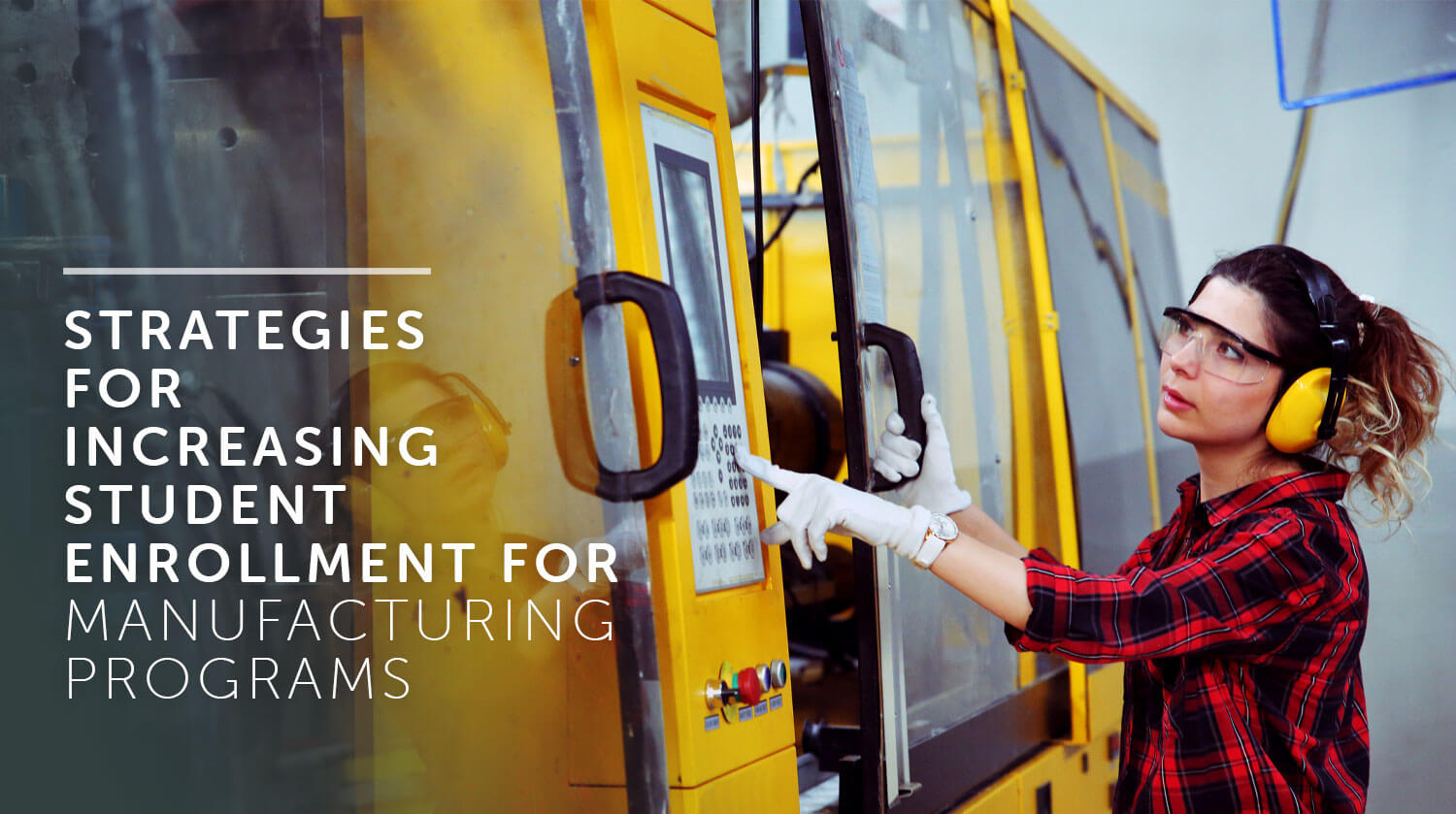 Of all the industries facing an extreme labor shortage, manufacturing is among the most dire. According to a recent report from Deloitte, manufacturers today are finding it 36% more difficult to find talent to fill open positions than in 2018. Part of this shortage stems from changing conditions in the workforce. Many industry laborers, weary of pandemic working conditions and wary of the introduction of automation to manufacturing processes, are either demanding better wages and benefits or changing industries entirely.

These shifts are a natural part of the labor environment, especially as many low-skill operations are replaced by advanced robots. However, they only tell half the story of the labor shortage. As described in the Deloitte report (emphasis added):

The second aspect defining the current shortage is that manufacturers increasingly have difficulty filling middle-skill jobs. These jobs typically require some level of technical training or applied skills. Examples include computer numerical control (CNC) machinists, welders, and maintenance technicians. At the higher end of experience, some of these jobs require more specialized skills. Unlike the first category, these jobs cannot typically be filled immediately with someone from another industry or recently graduated from high school. Rather, they often require a hands-on, applied training program that can take between several months to more than a year. Some also require licensing and certification.

In short, the labor shortage in manufacturing should be viewed as two separate shortages with two different solutions. The first shortage of unskilled workers will only drive the adoption of automation. By contrast, addressing the second shortage will require further education and training which community colleges are well-equipped to provide. But in order to increase student enrollment in manufacturing programs, community colleges will have to differentiate the jobs available in modern manufacturing from current stereotypes.

1. Manufacturing positions offer a career path beyond the entry level.

The public perception of what a manufacturing job looks like is often decades out of date. These jobs, which were defined in the past by repetition and consistency, have been the first to be replaced by automation—and rightly so. Not only were they tedious, they were also exhausting and exposed workers to a greater risk of injury. People aren’t robots, it turns out, and aren’t well-suited to the jobs that robots do very well.

The good news is that the jobs people are good at are the very ones that lead to the middle-skill jobs described by the Deloitte article. These are ones that require initiative and independence, problem solving, and personal cooperation. While they require additional qualifications, they’re also more satisfying and fulfilling. They offer a career path beyond entry level, and not vulnerable to automation.

Another side effect of increased automation in manufacturing is that the jobs themselves are growing less dangerous and dirty and more high-tech. Today’s manufacturers are likely to be working alongside robots. In many cases, that will mean knowing how to program and operate these machines as they perform tasks.

Technical troubleshooting, machine programming, and a working knowledge of computers and mathematics will all be part of the new skillset expected of manufacturing workers. In many cases, these jobs will look more like IT jobs than mechanical ones.

There are several paths toward gaining the skills necessary for a manufacturing career. On the job training programs exist, as do apprenticeships. However, postsecondary programs, whether at a technical school or community college, include valuable skills that can make a student highly employable upon graduation. These include practical lessons in how to use trade tools, as well as how to read blueprints and engineering designs, and how to program and operate CNC machines.

Finally, as manufacturing jobs rely less on following fixed procedures and come to depend more on communication, the soft skills gained from a community college education will come to have more value. Working more effectively with coworkers on team projects, written communication, and second language proficiency can all help students become more qualified for careers within manufacturing.

As we’ve said before, growing student enrollment in any community college program depends upon clear and honest communication. Students who are successfully able to achieve their goals and establish a career path for themselves through their community college training will pass that knowledge on to other prospective students. Meanwhile, those who feel frustrated or misled by their program will discourage others from applying.

But attracting new students goes beyond setting expectations about the program. It also means opening their eyes to the possibilities available to them once they graduate. A worker currently filling orders in a warehouse who views manufacturing jobs as just another assembly line position is unlikely to take the significant step of returning to school to retrain for work that they believe will be made obsolete by automation before the end of the decade.

On the other hand, an assembly line worker who sees that a one-year certification program can qualify them for a manufacturing job with an upwardly mobile career path working with advanced technology in a position that allows them to exercise their problem solving skills won’t just sign up for that program—they’ll also have the motivation to complete it.

Getting that information into the hands of students requires research and high-quality written materials. Our team at Aperture Content Marketing does this research for community colleges across a range of industries. No matter what programs you offer, we have articles based on real-world facts and data to help attract the right students to your school. Contact us today to learn more.