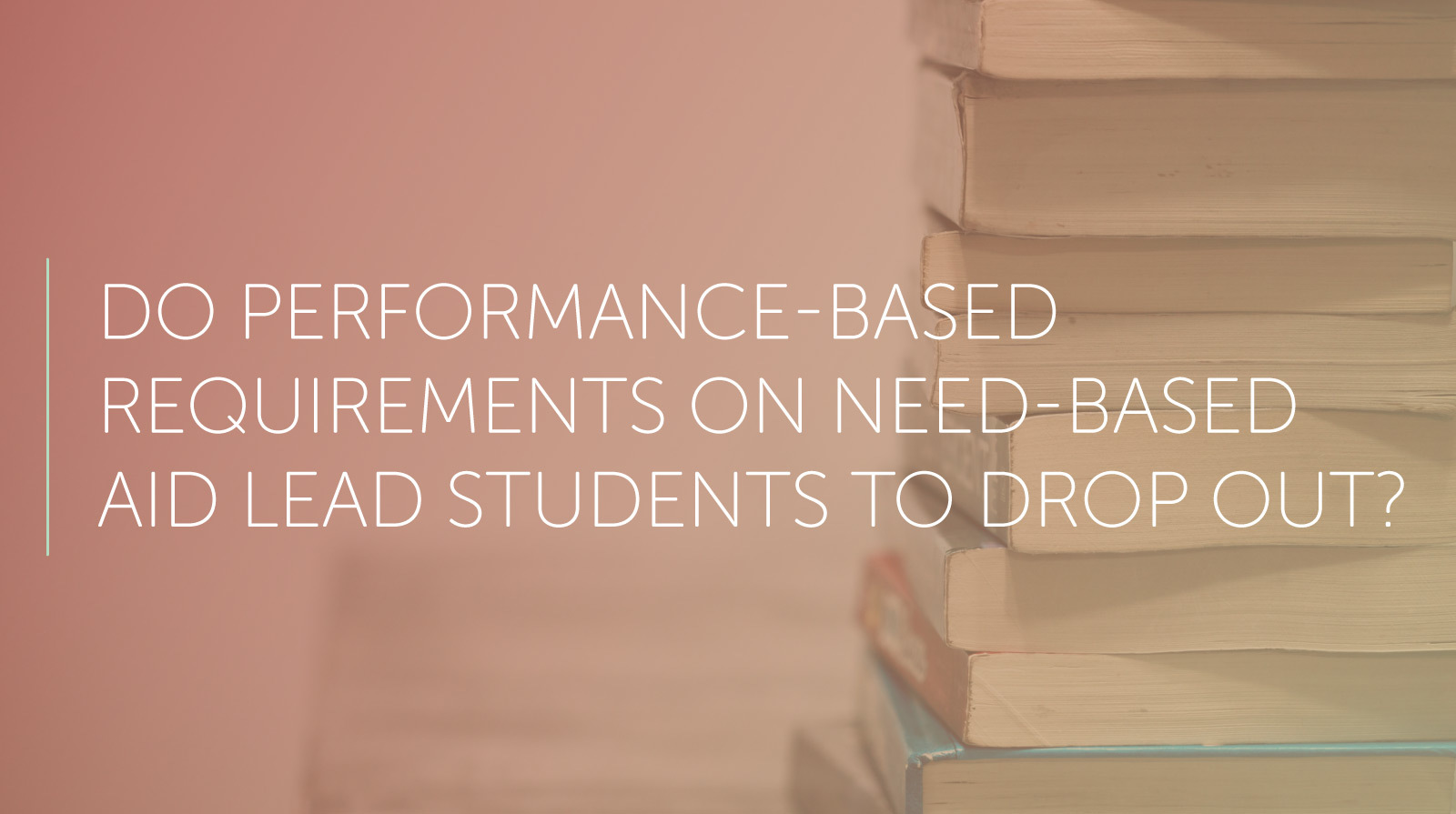 Politically performance-based funding models are popular. Since the recession most states are prioritizing fiscal responsibility, which means cuts to public services across the board. Combined with scandals in the for-profit higher education sector, and a growing national conversation on student debt, many people worried that students were suffering in an indifferent and sometimes predatory educational system. Tying funding to student outcomes seemed like a straightforward way to address those concerns.

However, community colleges have followed these funding developments with alarm. Community college students, the majority of whom are low-income, first-generation, and minorities, are already most likely to struggle to attain a credential. The schools argue that the new funding requirements punish colleges and students for struggling with existing inequalities, not institutional failures. Worse, threatening funding becomes one more obstacle to student achievement.

Billions at stake for community colleges

State funding for community colleges serves many purposes and makes up a huge part of the schools’ operating budgets. In California alone Inside Higher Ed reports that almost $2.5 billion will be tied to the new performance-based funding requirements. Among other things, the money funds academic support staff, teacher salaries, and tuition assistance, the kinds of services that low-income and at-risk students need to succeed.

Federal funding also plays a significant role in fostering student success at community colleges. Only the neediest college students are eligible for Pell Grants, which have long been a key resource for low-income community college students. However, though Pell Grants are initially awarded based on financial need alone, federal aid recipients must meet certain satisfactory academic progress requirements to extend their ongoing eligibility.

New research shows that these progress requirements mean many community college students are at risk of losing their Pell Grants. According to Judith Scott-Clayton and Lauren Shudde almost a quarter of Pell recipients at community colleges are failing to meet the requisite grade point average alone, and nearly forty percent aren’t completing enough credits to remain eligible. This means that after completing a single year of community college, almost half of Pell grant recipients will lose the funding they desperately need.

Why does funding matter so much?

There are a few reasons that funding affects student outcomes so dramatically. For one, student persistence is directly tied to tuition rates, which rise when states cut funding. As little as a $1000 increase in tuition can cause enrollment to drop at community colleges by 5 percent (Deming and Dynarski, 283-302). This is one of the reasons that community colleges are ill-equipped to make up the difference in enrollment once financial aid funding disappears. They often cannot lower their already low tuition, despite the fact that students are sensitive to extremely small price fluctuations.

Funding also secures other kinds of scaffolding services, like tutoring and financial advising, and improves faculty recruitment and retention. These other services matter nearly as much to persistence as tuition rates, although it’s a bit harder to quantify their impact on enrollment. Still, there are some things we can say for certain. For instance, faculty often mentor and advise at-risk students, which keeps them on track to graduate. When faculty leave because salaries drop, or schools make cuts, it makes students vulnerable and more likely to fail.

There are some positive results from performance-based models of funding. For instance, Tennessee has reported higher matriculation rates since adopting such a model. Yet, these results are not consistent across the board, and other studies have pointed to factors that could be skewing the data. For instance, some research has shown that community colleges may be issuing more short-term certificates and less associate’s degrees, which are easier to achieve but have less overall benefits for the students. Such strategies could be a predictable though unintended result of performance-based funding.

A paper from The Century Foundation points out that the main problem with merit-based funding is it gives more resources to students who are already most likely to succeed in school. The neediest students – racial/ethnic minorities, low-income, and working-class – are most likely to lose funding. This will likely harm diversity and equity in higher education. And indeed, the Washington Post reports that after Indiana adopted a performance-based funding model, public schools became less diverse, while still failing to improve graduation rates.

What can community colleges do?

The stakes are high, and community colleges are left with few appealing options. Policies that jeopardize essential funding make it even harder for schools to meet attainment goals, setting off a vicious cycle. Yet, the political popularity of these policies mean that they are likely to remain in place. As long as performance-based funding models are here to stay, schools can do a few things to mitigate the damage.

First of all, they can lobby for a funding model that at least takes diversity and equity into account, and so better supports schools. Secondly, community colleges can focus on growing student enrollment so that they are fiscally prepared to weather the deprivations of performance-based funding. Aperture Content Marketing is here to help, just like we’ve helped 250 other community colleges across the United States. Contact us to see what we can do for your school today, and we’ll help you make higher education a place for everyone.

Scott-Clayton, Judith and Lauren Schudde. “Performance Requirements in Need-Based Aid: What Roles Do They Serve, and Do They Work?” Center for Analysis of Postsecondary Education and Employment. March 2017