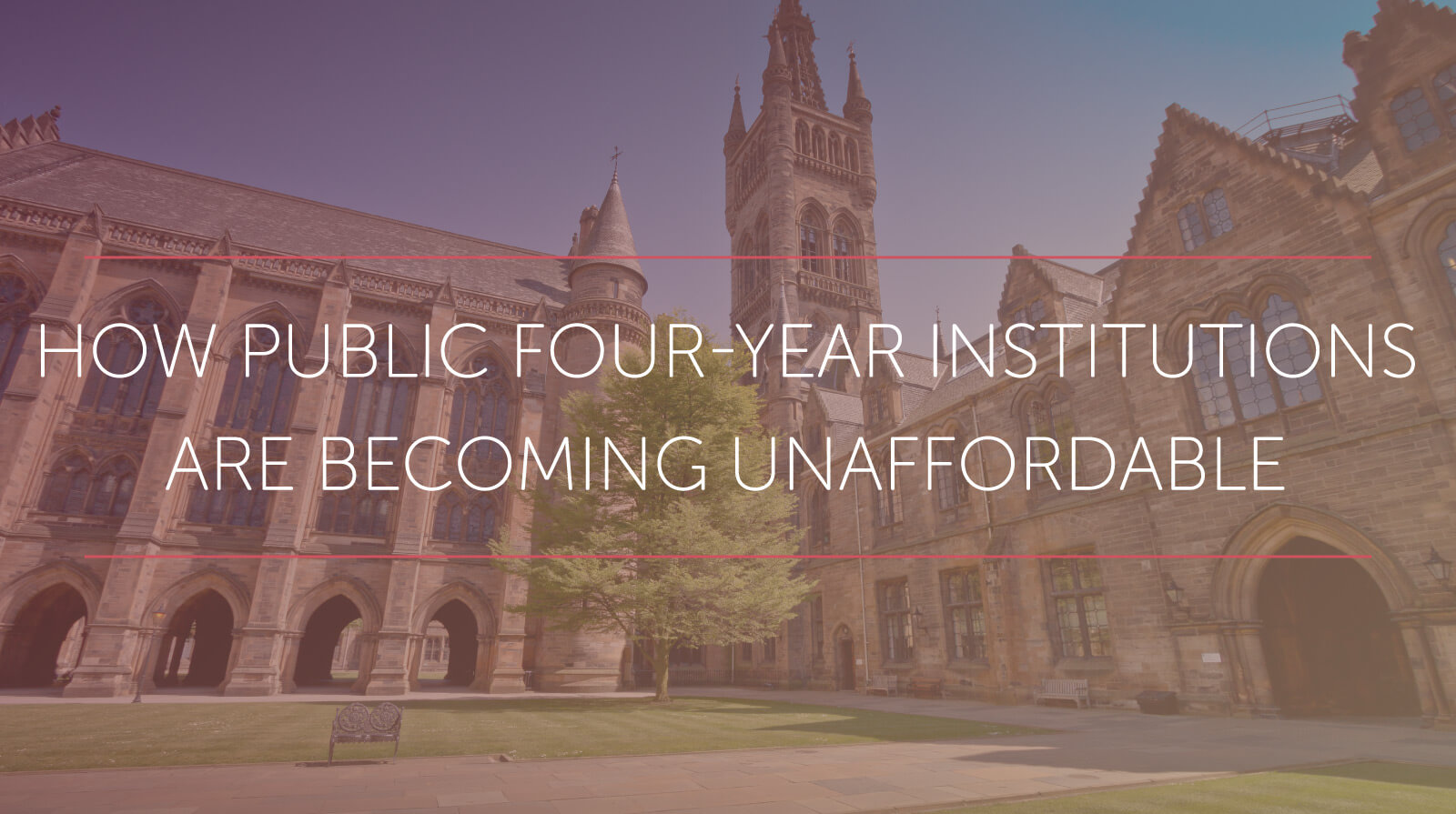 A report by New America has revealed a disturbing trend in higher education. As public four-year institutions struggle in the face of lost funding and declining enrollment, they are increasingly using the same sort of enrollment management strategies as private universities. Stephen Burd, the author of the study, says that the impact of these new recruitment practices has made public four-year institutions unaffordable for low-income families.

State schools, like all other institutions of higher education, and are struggling with state budget cuts and declining student bodies. However, the cost of staying afloat has priced out many low-income students. As four-year schools strive to make up dramatic budget shortfalls, the doors of academia are closing on the neediest of students.

The net price of a public four-year university

New America surveyed nearly 600 public universities and found that the average net price for the neediest first-year students was more than $10,000. This sum is more than a third of their families’ annual income, making college effectively unaffordable. A small minority of the institutions, 8%, expected these low-income students to contribute more than $15,000 per year.

Working at a part time minimum wage job, it’s unlikely that the student’s themselves could make up the difference and keep up with school. However, the gap between what the school offers in its combined financial aid package and what the student is expected to pay continues to widen. More and more low-income freshmen are simply priced out.

The University of Maine: A sample case

The report shows that public four-year institutions have not abandoned their mission to provide educational opportunities to state residents, but they have been forced to respond to alarming financial realities. For instance, the University of Maine, one of the schools featured in the report, had a $75 million budget deficit after the state slashed funding.

The university also faced a challenging demographic shift. Maine has one of the oldest populations in the country, and a low-birth rate. In the next ten years the number of prospective students in the state is projected to drop by a quarter. The school was not going to be able to make up for reduced funding with new enrollments.

To deal with the new reality the school introduced its “Flagship Match” program, designed to aggressively court well-to-do, out-of-state students. The university nearly tripled the amount of money it spends on financial aid for students without financial need, so that twice as many non-needy freshmen are receiving an aid package. Three years into the program, about one in three non-needy students are now receiving aid.

The University of Maine’s strategy worked extremely well. The school reports that the number of out-of-state students has doubled, and now is 36% of the overall student body. Yet, because its resources are allocated elsewhere, the school can’t offer low-income students as much aid. The average net price the lowest-income freshmen must pay is rising, now more than $13,000 a year.

What does this mean for community colleges?

Some public four-year institutions are trying to preserve accessibility with innovative new programs. For instance, the University of Michigan launched a new program called the Go Blue Guarantee. In-state undergraduates from families making less than $65,000 a year will receive four years of free tuition. Both in-state and out-of-state tuition are set to go up, and so this program is meant to make sure the state’s low-income residents aren’t priced out.

However, many public institutions don’t have the wherewithal to fund similar programs. That means the community colleges will become one of the few educational options for low-income students. Community colleges are by far the most affordable and flexible public option remaining, even though they also have been negatively impacted by budget cuts and declining enrollment.

As the cost of tuition continues to go up, more low-income and lower middle-class Gen Z students will begin to seriously consider enrolling in community colleges. Whether it’s for a degree or just for a good start, community colleges offer opportunity without the cost. Gen Z students need an affordable, quality education, which is becoming harder to find.

It’s more important than ever for public two-year institutions to present themselves as a high-quality, affordable alternative, not a last resort. Yet, community colleges are still struggling to fill their incoming classes and strong marketing campaigns are more important than ever before. Gen Z is oversaturated with digital advertising and quick to tune out what doesn’t catch their eye.

If you’re ready for some expert help cutting through the noise, check out our SmartStart campaign. With short, punchy articles, infographics, and content that speaks to their interests SmartStart is an attractive and effective way to reach this audience. Schedule a demo today and see what we can do for you.