Cedar Valley College recently rolled out their premier edition of CareerFocus, and the enrollment statistics for Fall 2018 are showing results!

One of seven colleges in the Dallas County Community College District, CVC is located on 300 acres in Lancaster, Texas.

The Texas legislature strongly supports community colleges, providing a significant boost to schools like CVC. The 60×30 Texas Higher Education Plan aims to ensure that by the year 2030 at least sixty percent of Texans aged 25-34 have a degree or certificate. However, faced with declining enrollment – a sixteen percent drop between 2011 and 2016– Cedar Valley College still had to do more to promote the school. 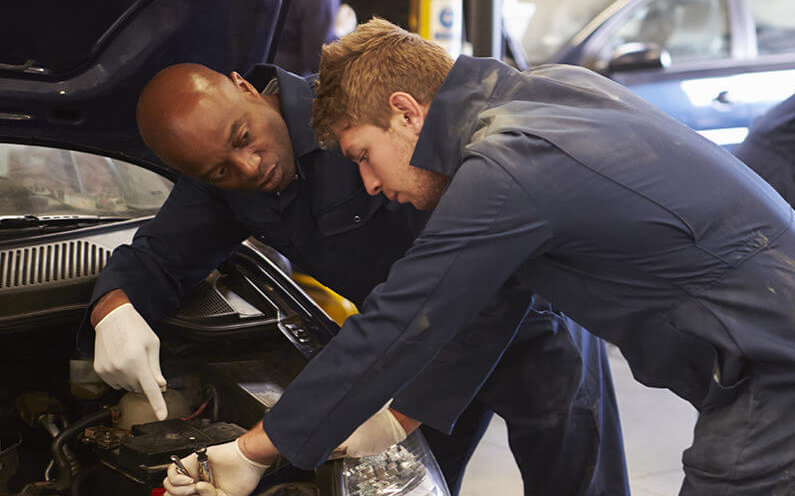 The Marketing Director at CVC, Henry Martinez, set out to make it happen with Platinum Pass, a unique initiative which offers a free three-credit class to eligible students.

The Platinum Pass is a creative way to tackle the completion issues that sabotage enrollment numbers at community colleges everywhere. Confronted with “a tremendous number of non-completers,” Martinez thought that removing the $177 financial barrier might “jump start a process to help those former students complete.”

The Platinum Pass was inspired by an epiphany by Cedar Valley’s President, Joe Seabrooks. During his first year at Cedar Valley he rolled out the Golden Ticket, in which every graduate receives a free 3-credit class gift to pass on to a family member or friend. Cedar Valley wanted to spread the word that, unlike high-cost technical and for-profit schools, CVC was an affordable choice for a high-quality education.

When Lisa Copprue, Vice President of Student Development and Enrollment Management, arrived at the school, she thought that CareerFocus was the ideal way to promote the new initiatives.

Lisa was already familiar with CareerFocus because of her tenure as Vice President of Student Affairs at Henry Ford College in Dearborn, Michigan. Henry Ford has produced CareerFocus since 2005, and Lisa had been involved in selecting which programs to promote in each issue.

Lisa could see that prospective students in Lancaster needed to hear about what an education could do for them. Many Texans are working in the thriving construction or logistics industries, like Amazon fulfillment centers or UPS hubs, but the physical toll can be devastating. There’s a great deal of pressure to work, but Lisa says that, “their bodies give out quickly; many have no retirement plan; and, unfortunately, they may not be thinking of college for a more long-term solution.”

The college’s biggest drop in enrollment had been among men over twenty-five, the people most likely to be employed in these punishing job sectors. The rate of enrollment for this demographic had dropped by more than a third. In a corresponding drop, the number of enrollees in the Career and Technical Education programs had fallen almost forty percent.

Clearly, CVC wasn’t reaching the students who most needed to hear about its programs. 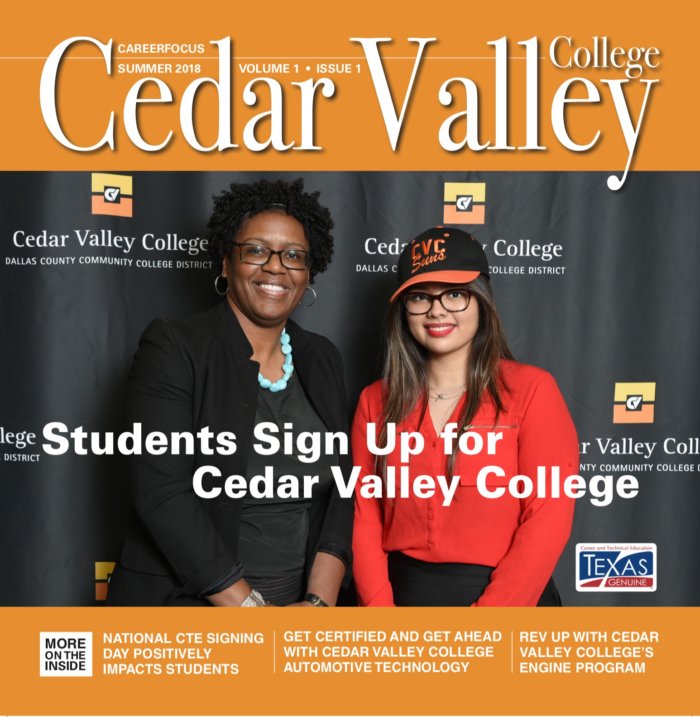 By Fall 2018, the number of new enrollees in just two of the several programs promoted had doubled compared to the previous year.

Because of her experience with CareerFocus at Henry Ford, Lisa could personally attest that, “CareerFocus has a substantial readership and good results, particularly building enrollment in Career and Technical Education programs.” She believed that CareerFocus could turn the numbers around for CVC, by promoting it’s CTE programs and the Platinum Pass and Golden Ticket.

Lisa also knew that Perkins Grant funding would cover much of the cost of the new campaign. Lisa said, “At Henry Ford, Perkins covered 100%, so long as CTE programs are strongly promoted.” Even though the Perkins money at CVC was largely allocated, it still covered forty-percent of the costs of launching CareerFocus. This meant that the marketing department was able to make the most of their dollars, and also of Aperture’s services.

The magazine arrived in mailboxes and social media platforms over the summer. By Fall 2018, the number of new enrollees in just two of the several programs promoted had doubled compared to the previous year. The college’s introductory class in Automotive Technology went from fifty-nine enrolled students in the Fall of 2017 to one-hundred and seven for Fall 2018. Automotive Electronics showed a similar increase, with an incoming class of ninety-four students compared to forty-one.

The numbers speak for themselves, and Aperture Content Marketing couldn’t be more pleased to be a part of Cedar Valley College’s continued success.  After their outstanding first issue, we can’t wait to see what they do with future editions of CareerFocus.

How can we help you promote your community college?